This family home is intentionally woven into a large plot where the Ground Floor is disproportionally larger than the First Floor – primarily due to having two separate Majlis for men and women. The men’s Majlis is larger and takes on its own wing, grouped with the majority of the services and guest bedroom. The Female Majlis and dining, although clearly separated by its own entry, share the wing with the Family Living and Dining. The family living has direct access to the swimming pool in an Arabic inspired central courtyard, which provides both shading and cooling during the hot summer months. All other bedrooms are located above on the First Floor with the Master separated to the rear of the plot.

The form of this house takes on a quasi-modern traditional style by the dominant use of cantilevered slabs that act as roof canopies. 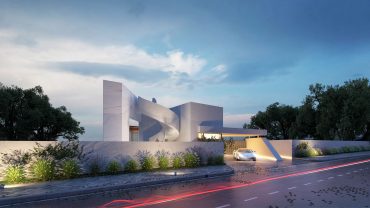 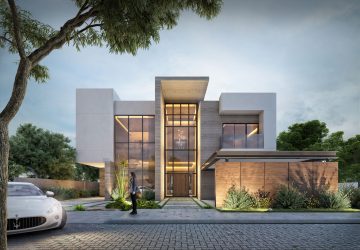 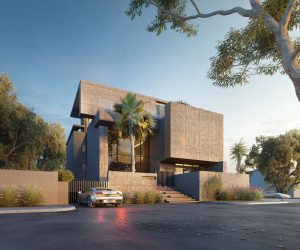