This state-of-the-art office building comprises two stories with a figure ‘8’ parti. The two wings with open courtyards are occupied by office spaces while the middle connector contains the Main Entry Lobby and vertical circulation. The middle connector also contains Rest Rooms and other dead areas that require little or no natural daylighting.

The architecture of the office building is contemporary, comprised of stacking masses that are articulated with a mixture of large openings and a pattern of narrow vertical openings against narrow solid walls. These masses are toned down with the application of intermittent vertical louvered screens.

The office building nestles in the surrounding formal landscaping created by a patterned mix of hardscaping, predominantly oriented along the Formal Entry axis, while softscaping and water elements are relegated to the sides. 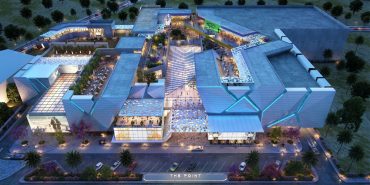 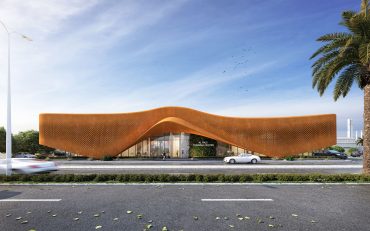 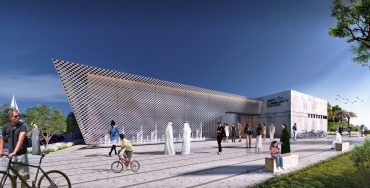